The state supports the outcomes of a child’s growt byy a special form of financial support called „Family allowance”.

Who is entitled for family allowance?

Till the age of going to school.

Who can askfor family allowance on their own right?

The adult who is older than 18 years, has a cronic illness, has a serious disability, and is not entitled for school-starting allowance anymore.

The school-starting allowance is granted from the 1st of November of the year when the child started school till the end of the school term of the child’s school obligatory, but at least the 20th year, or if the child has a cronic illness or lives with disability, the 23th year.

Who is a child / student with special growth needs?

Disabled, or lives with hearing, visually impaired, or either mentally or verbally retarded, or suffering from the complications of autism spectrum or other psychicdisorders.

Who is a person with cronic disease or who lives with serious disabilities?

Firstly the governent offie’s special rehabilitation authority,secondly the committee of specialists examines and confirms. After the confirmation you will be given an opinion.

The family allowance isgranted till the end of the last year when the disability was certified.

Who can be counted during the assessment offamily allowance?

This child can also be counted after whom you aren’t entitled to have family allowance. During the assessment of the amount the child is counted (according to the proposal of yours), who lives in your home, and after whom you are entitledto have family allowance, or who studies in a school, or studies in higher education, learns for theirfirst vocation, and who doesn’t have a regular income. In this case you have to confirm that your child is studying somewhere on the form called „Igazolás tanulói jogviszony fennállásáról” or (s)he will have to ask for a certificate of being a student of the hgher education institute where (s)he studies. You have to confirm this every year while the child is studying.

If your children finished the first course at the university or college, (s)he cannot be counted into the children’ number anymore.

The child who is entitled for family allowance on his / her own right is also counted into the number of children, except from the case when (s)he doesn’t live vith you in your home. If your child lives in a social institute andyou keep regular contact with him / her, you can ask for the family allowance, too.

When does the grant have to be paused?

The grantof the family allowance shall e paused if the adult has a regular salary. The salary is regular if (s)he gets it for 3 months following each other. The grant pauses after the 4th month.

What kind of notification obligation does th eentitled person have?

The entitled person shall notify the authority within 15 days if:

If you don’t notify the authorities, you need to pay the allowance back back to the last month when you were entitled without trouble! 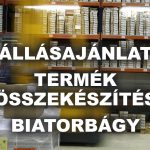 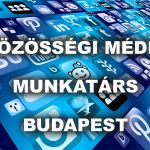